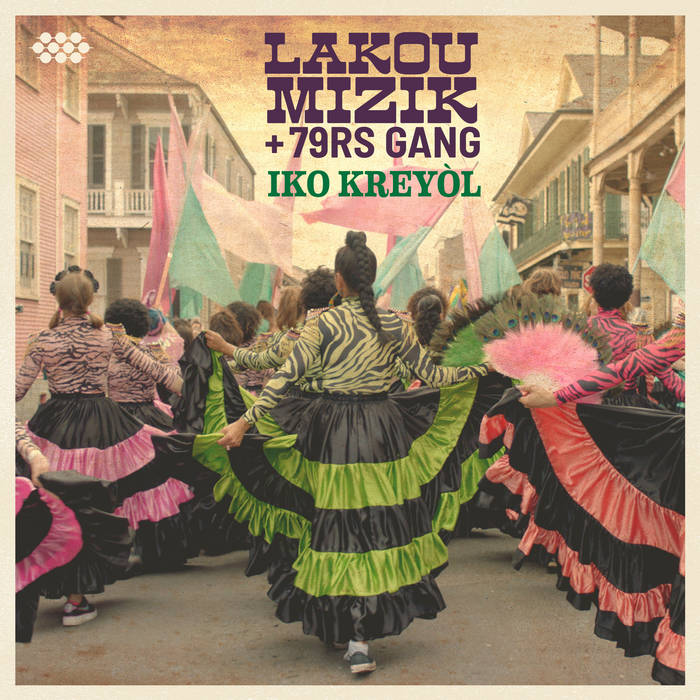 Born out of the tragedy of the 2010 earthquake, the members of Lakou Mizik first came together with the goal of promoting positive connections to Haiti through music and culture at a time when international media was filled with negative stories and imagery from the country. They furthered their mission with a celebrated 2016 debut album, "Wa Di Yo," and multiple international tours.

Arcade Fire’s Regine Chassagne and Win Butler, longtime advocates of Haitian music and culture, have been supporting the project, and when they heard the rough mixes from the "HaitiaNola" sessions, they decided to work with the band on a new version of one of the songs. “Iko Kreyòl” is a reclamation of the New Orleans classic “Iko Iko,” a standard Mardi Gras chant that many historians believe descended from Haitian folklore. In their retelling, Lakou Mizik and 79rs Gang Mardi Gras Indian band trade off new verses in Haitian Kreyòl and English that celebrate the epic cultural reunion of Haiti and New Orleans. The glory and connection of these cultures are on full display as the traditional Haitian rara horns mix with the New Orleans second line swagger of the legendary Preservation Hall Jazz Band. By the end, the song winds its way back to its original homeland, Haiti.

The “Iko Kreyòl” EP features the original "HaitiaNola" album version of the song, a Krewe du Kanaval mix, Windöws 98 Dryades to Bèlè Mix, and the 79rs Gang version that will appear on the upcoming 79rs Gang album. A music video of “Iko Kreyol”, filmed in Haiti and New Orleans, will be released later in 2019.

outré black metal, with a Victory Over the Sun interview and music from Liturgy and Jute Gyte.